Who are the Exec and Assistants? 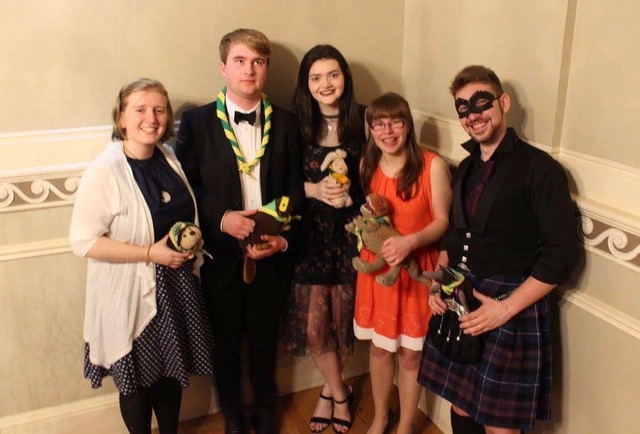 Introducing the new SSAGO Executive committee and their assistants!

The Executive committee for 2017/18, elected in the AGM at Spring rally (hosted by Sheffield Hallam, HUGS, in the Peak district) back in Febrary, officially took office after a lengthy handover last Saturday afternoon, before Ball (hosted by Bath, BUGS, at the Guild Hall).

Hopefully you already have an idea who we are from these events, facebook, and your inbox, but if you'd like to know more about us and what we hope to achieve this year, it can all be found on the exec page here.

They join the growing team of skilled Executive assistants that include Oliver Bills (Southampton) as Webmaster, Dale Patrick (Manchester/MANSSAGO) as Quartermaster, Vicky Sanderson (Indie) as Notifications Officer, and Laura Payne (Oxford Brookes/OUSGG) who was recently elected as SAGGA liason, helping to build the bridge between SSAGO and the Scout and Guide Graduate Association!

Information about this year's Executive Assistants and what they hope to achieve can all be found on the assistants page here.

While only having taken the reins of SSAGO last Saturday, and you can read about what we've already achieved on our Exec blog here, which we will endeavour to keep updated throughout the year!